PANS PANDAS Can Start as an Eating Disorder

Note from ASPIRE: This is a must-read PANS PANDAS Patient Story. A typical happy young girl develops a severe eating disorder and other PANS PANDAS symptoms; then, she suffers through years of hospitalizations before her mother finally reads about PANS PANDAS. Even after diagnosis, it was an uphill battle, but Kirsten persevered and is now healthy, happy, and pursuing her dreams. Please share this story far and wide so more people can read first hand what it is like to have this disorder and why we need doctors to recognize these symptoms sooner to commence appropriate treatment.

My name is Kirsten, and today I am 22 years old. I was diagnosed with PANDAS just after my 15th birthday but displayed symptoms for over a year prior. PANDAS affected me in just about every area of my life and turned my life and my family’s life upside down. 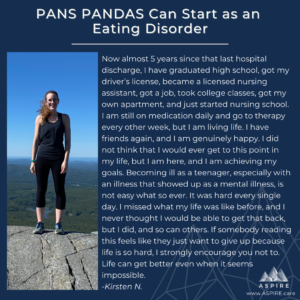 Before I developed PANDAS, I was a very happy, outgoing teen with many friends and did great in school. For me, my PANDAS began by developing a severe eating disorder. I became very underweight and would go to any length to avoid eating. I graduated from middle school in 8th grade, but after that, my health declined more. Not only was I engaging in many eating disorder behaviors on a daily basis, but my days were also filled with anxiety and OCD behaviors. Over the summer and during the first few months of my freshman year of high school, I felt that I was losing more and more control of my life. I was crying for hours every day. I could not do homework without somebody sitting with me, telling me step-by-step what to do. I was fighting with my parents over every meal. If something in my day was out of my normal routine, I would be completely dysregulated. I stopped going to school and eventually got admitted to an eating disorder unit.

At this point, everybody believed I just had a severe form of Anorexia. I remained in the hospital for 7 months being tube fed and kept on an inpatient locked unit. I had a severe fear of water and would scream and cry over just having a few ml’s flushed through my feeding tube. It got to the point that for the staff to give me a tube feed or water, they would have to restrain me from pulling out my feeding tube. My treatment team kept telling my parents that I wasn’t a typical eating disorder patient and they were convinced that I had also been abused; I hadn’t been. Even with myself and my family insisting something else going on, they didn’t believe it. The doctors suggested that my parents sign away their rights and send me to a state hospital/residential living facility capable of caring for me. 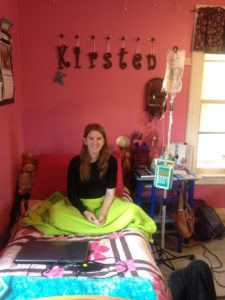 Getting IVIG for PANS PANDAS

My mom did constant research, trying to find out how to help me and came across the diagnosis of PANS PANDAS. At the time, PANDAS was not well known, and most providers had never heard of it. I still remember sitting in the hallway on the phone when she told me she thought that is what I had. My mom fought for the hospital to test me for strep; they thought she was crazy and said antibiotics have side effects. However, I was on more medication than you can imagine and had regressed to a child’s level of functioning. Eventually, after being told, the hospital could no longer care for me, I was sent for a week at a psychiatric unit that was not equipped to care for me. So my parents took me home. My mom found a specialist in NY, and we traveled there and got diagnosed with PANS PANDAS. We found another specialist closer to us plus one in New Jersey who I received care from over the years.

It was a relief but was not an easy road from there. I still spent 3 more years in and out of psychiatric units when I was too unstable to be at home. I would cry for up to 8 hours a day. I cried for hours before being able to take a shower, rarely making it to school for a full day, and had so many irrational fears. I was afraid of water, windows, stairs, the dark, being shot in the safety of my own house that didn’t contain any guns, and being home alone. I was a teenager but would burst into tears just from having to walk past a window or go up the stairs. I also had severe separation anxiety from my mom, even though I was a teen and should not have this. I would scream and cry if she was leaving the house, or if I had to be alone. I was on countless medications to manage my symptoms, including long term antibiotics for the strep. I was also a safety risk to myself during this time. I was self-harming and suicidal. When admitted to a psychiatric unit, I usually had a staff assigned to be with me at all times because I was a continuous threat to myself. I was put in restraints daily, sometimes multiple times a day because I felt so out of control. The anxiety and depression were so bad I wanted to give up. I did not think life was worth living anymore. What was the point if I was just so miserable?

Fortunately, after working with a PANDAS specialist, my family was able to get me a dose of IVIG when I was 16. Insurance refused to cover the cost even after many appeals. So my parents were forced to pay for it out of pocket. After receiving IVIG, I had an initial regression and had to be hospitalized for 5 weeks. But when the unit finally discharged me, I attended a full day of school the following day with no difficulty. I then attended school for the full week with no problem. That hadn’t happened in years. My family was ecstatic. Life wasn’t perfect, and I was still on a boatload of medication each day to keep me functioning and still had difficult days, but life was good.

The positive results from the treatment continued to hold strong for well part of a year before a significant setback at the age of 17. For reasons not really explained to this day (plus I have had significant memory loss from that time), I attempted suicide and almost succeeded. It is a miracle I am alive. After this attempt, I spent more time in the hospital, including 2 more psychiatric admissions totaling about 4 months, but that was my last admission. I came home on very high doses of medication and still wasn’t very stable, but things got better over time. I went to therapy twice a week, had frequent doctor appointments, went back to school, spent time with family, and slowly became reacquainted with life. 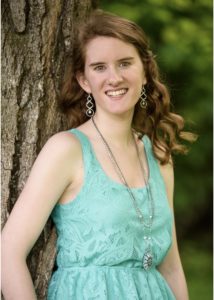 Now almost 5 years since that last hospital discharge, I have graduated high school, got my driver’s license, became a licensed nursing assistant, got a job, took college classes, got my own apartment, and just started nursing school. I am still on medication daily and go to therapy every other week, but I am living life. I have friends again, and I am genuinely happy. I did not think that I would ever get to this point in my life, but I am here, and I am achieving my goals. Becoming ill as a teenager, especially with an illness that showed up as a mental illness, is not easy what so ever. It was hard every single day. I missed what my life was like before, and I never thought I would be able to get that back, but I did, and so can others.

If somebody reading this feels like they just want to give up because life is so hard, I strongly encourage you not to. Life can get better even when it seems impossible.