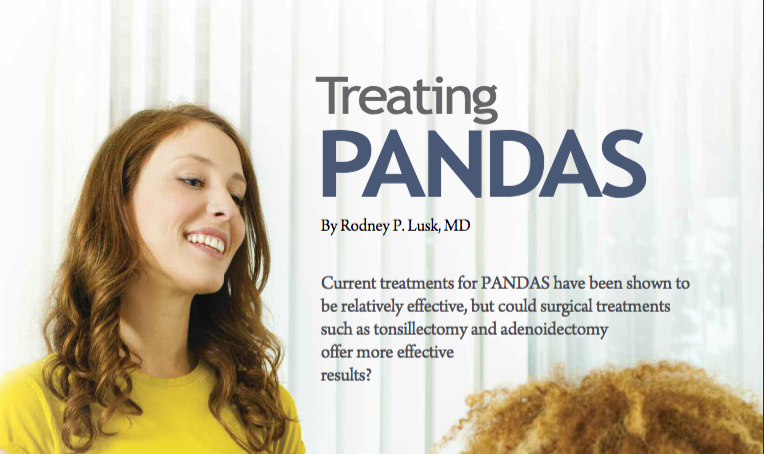 Current treatments for PANDAS have been shown tobe relatively effective, but could surgical treatmentssuch as tonsillectomy and adenoidectomy offer more effective results.

PEDIATRICAUTOIMMUNENEUROPSYCHIATRICdisorders associated with streptococcal infections (PANDAS) isa relatively new diagnosis thought to be associated with one in2,000 children with strep infections. It was originally based on50 cases reported in 1998 in which 77 percent of children had apreceding group A streptococcal (GAS) infection.1In this initialreport, PANDAS is characterized with the acute onset of obsessivecompulsive disorder (OCD)-type symptoms that include aggres-sive behavior, compulsive handwashing, compulsive cleaning andfrequent checking of locks on doors or windows. Muscular tics arealso characteristic, with audible tics noted in some children. Othersymptoms that are variably expressed include urinary urgency,hyperactivity, impulsivity, deterioration in handwriting, separa-tion anxiety and decline in school performance. Handwritingdeterioration appears to be an early hallmark of the disorder.Anorexia is another psychiatric illness that can be comorbid in PANDAS and has less to do with body image and more with thesensation of texture, taste of food or fear of choking.